arallels we see in the world around us, I was watching a program on TV a few weeks ago. It was based in a small working museum near my home town, a place was called “Morwellham Key”. A group of three people, two Archaeologists and a Historian, were spending a whole year living and working in the environment of the British Edwardian era, based between the death of Queen Victoria and the outbreak of the first world war. In one episode a new horse was required on the farm, so a herd of Dartmoor ponies were rounded up and one was selected, and not just because he was a fine specimen, but also because he had spirit in the way he stood, not backing off or seeming afraid.

I was amazed to find the farmers of Devon regularly employed the services of American horse whisperers to help in taming wild Dartmoor ponies for use on the land. The ability of the whisperer was astounding, how quickly and calmly he became a trusted friend of the pony, (for that is the type of bond he created) had this not been so the only approach left to the farmers of the day would have been to “break” the horse in the old method of wearing it down until its spirit was broken and the horse conquered. That made me think, when the student comes in search of a martial arts teacher they will not be unlike that horse, some may be timid, others very self confident, some may even be angry, but they all are looking for some form of guidance. Now some teachers take the line of forcing the student to conform to a set ideal, the students must all look the same, stand the same, move the same, and be the same.

The student is worked upon until they correspond becoming a clone of the teacher, and in the instructors eyes and those of their peers this is good. Did the teacher achieve the goal of the student or his own? Is the student happy with what he has become? Is the student comfortable in the suite of cloths the teacher has forced him to wear? Or is it a size to big or to small? Has the true fighting spirit of this warrior been bolstered of broken?

The responsibility of any martial arts instructor or coach is to develop their students into the very best that student can be. This will be different for every student, but the wise instructor realises this and works with the strengths of that student to aid them in overcoming their weaknesses. This is where the instructor builds the warrior spirit within the student. Like the horse whisperer you must show compassion and understanding gaining their trust before challenging their abilities. Tailoring the art to the individual not the other way around, this in turn will enable the student to develop their own personal style of their respective martial art. The student then becomes an innovator not just a clone of their teacher. 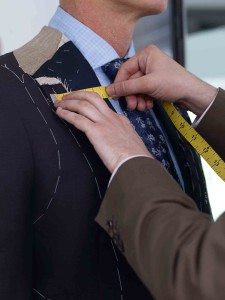 Some students will instantaneously know that a teacher has their best interests at heart, but others will not. A bond of  respect has to grow, and only by planting the small seed of trust can this occur. Teachers of martial arts have students only because those students want to be in their teachers presence, we teachers must never forget this, braking the spirit if we do, building a warrior if we don’t.