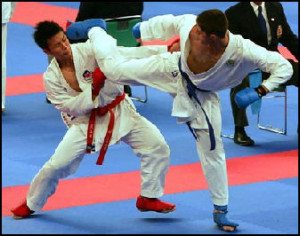 ways been a way of challenging yourself against others, but this has now come to a stage where the fighting itself has become impotent, by this I refer to competition. I do not mean to disrespect anyone reading this who has excelled or is training to excel in competitive fighting or sparring, but the take on this subject is as real as for a ring fighter as it is for a combatant who trains to survive on the street.

Reality is different for everyone, my reality is a world apart from that of someone living in a war torn state. Dangers differ from country to country, as much as they can from city to city, living in reality means acceptance of the unknown. In the ring the unknown is reduced to a point where it has very little effect upon the outcome of the combat.

Comparing the differences between reality training and competition training should throw up some of the pitfalls modern martial arts have fallen into through competition.

What do we have in a competition setting?

Rules. List of moves a competitor can or cannot execute, things the competitor must comply with, such as not taking any performance enhancing drugs.

Opponent. The competitor faces an opponent who is generally equally matched within a few degrees in, weight, age, sex, and rank.

Officials. A group of people who are tasked with keeping control of the combative area the centre referee and up to four line judges. A time keeper to ensure the fighting does not over run its allotted time, and a scorer to keep a track of who wins.

First aid. People in place to deliver fast and effective medical attention should a combatant be injured.

Support team. Another group of people this time charged with the welfare of the competitor and to give support, encouragement and advice to them before, during and after combat. 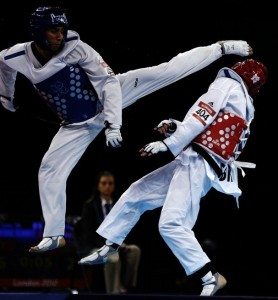 These competition settings vary from art to art, some have more than those mentioned some have less, but all have some.

Comparing this to the reality of fighting on the street

Protective equipment. No specific protection is worn unless you are lucky to have a piece of clothing that may give you some amount of limited protection.

Rules. There are none.

Opponent. There is a very high degree of probability the assailant encountered on the street will be bigger than the victim, not of the same sex, they may be armed, be on some form of narcotics, they may not be on their own.

Officials. No officials, the combat will keep going until someone is defeated.

First aid. Only if you make it to hospital.

Support team. Maybe if your friends happen to be there.

So as you can see the circumstances of competition give those who take part a protective bubble of reassurance, if thing should go wrong there are safety measures in place to ensure their wellbeing.

However martial arts that profess to teach street effective fighting can also fall foul of aspects that if unchallenged can create a sense of false security and therefore lull the student into believing they have greater abilities than is reality.

When martial arts use street realistic methods of self protection there must be a degree of assumption of injury. This is the assumption that when a strike is landed it will cause a certain degree of injury and a specific reaction. This will cause drawbacks when the contact is reduced to such a degree that the parties training make almost or totally no contact at all, and there is little or no reaction. This type of training is only useful so long as the injury assumption is to a degree that allows all parties involved in the self protection scenario to feel the true effect of the strike’s impact.

The way we make a street realistic martial art true to the reality is to reduce the assumption of injury, this will result strikes needing to be solid and closer to their full potential. This way all will know the true effect of giving and receiving strikes.

By applying the same process to competition means where we had to reduce the assumption of injury in street effective arts, in competition we must reduce the ring settings. If an Olympic Tea Kwon Do match is used just as an example and we remove all    the competitors protection except gloves, gum shields and groin guards, change the rules to allow grappling and the use of elbows and knees. Reduce the number of officials to one referee and remove the time keeper,  allow the fight to continue until someone is knocked out or yields. Then this match is much closer to what is excepted as the most realistic of 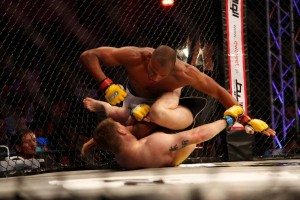 combat “Mixed Martial Arts”. Nevertheless even though the cage fight is the most brutal of competitions, it is still that a competition. The only way to make it even more realistic is to remove the referee, make the competitor ratio 3 onto 1 and throw in a couple of knives then all the competitors will suddenly street fight naturally.

Competition is as much for entertainment as it is for achievement, but to take the competition attitude onto the street and expect it to work as it does in the ring is to fight mentally blindfolded.