Our school of Systema has been running for around 4 years so far. We began training as a group of enthusiasts in a small hall use by a local play group. The group leader was good enough to allow us the use of this hall for free, as she knew how much Systema meant to us all. After A while the training became much more frequent, and our group became bigger. We out grew the small hall and needed to find a bigger venue. That venue is still our current location, but like any new venture we had to take things slowly, trying not to run before we could walk. Training partners came and went due to employment or family commitments, but a small core of us stayed the course and became Systema South West. We are the first to bring a Systema school to the South West of England and as far as we are aware the only Systema school in the whole of Devon and Cornwall. 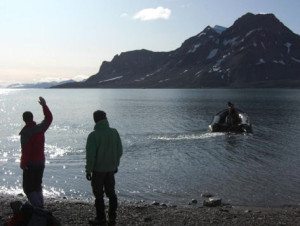 Nothing ever stays the same, and two of our founding training partners have had to move far away  for their employment commitments. They will return when they have completed their contracts, but it is sad to see them depart. However the world of teaching a martial art should never be allowed to remains stagnant. With  our new web site up and running, doing a poster campaign and leaflet drop, it wasn’t long before we were getting enquiries about Systema. People were either already knowledgeable in the regard to what Systema had to offer, and had already been actively looking for a Systema school or they were intrigued by a system that claimed to buck the regular martial art way. No belts, no uniforms, no grades, no techniques, and no hierarchy, just people wanting to learn how to Relax, Breath and Move? And out of this defend themselves against attack??

People began to phone or  e mail us for more information, students of other martial arts began to train with us to supplement, or enhance their current training style or system. Brothers were bringing along sisters, husbands encouraging their wives to start training, friend bringing friends. We have many people who cannot train every session, but like anyone who trains in “The System” these students make Systema part of their daily life and practise every all the time. Many recount how Systema has altered their lives, helping them to relax and de stress.

Systema South West has grown to a point where it needs now to expand, and as such we are opening another evening session during the week. We sincerely hope this is just the start of the growth of Systema throughout the South West of England. We miss out on so much being stuck down here in the foot of the country, our mission is to firmly establish Systema here and make it a force that will stand the test of time